Modern economics has continued to apply traditional market theory to digital goods, considering only the classical laws of supply and demand

Our project, ATARCA, starts with respectfully disagreeing with this notion. As our early work strongly indicates, economic structures and institutions need a fundamental reform to fully leverage ICT and digital resources. We focus on the so-called anti-rivalrous property of data, technically termed its “negative subtractability.” We investigate the unique properties of the supply and demand curve of digital goods, and assess why the traditional micro and macroeconomic perspectives may be insufficient to establish the efficient allocation of such goods. We argue that if digital goods increase in value when more people use them (anti-rival), rather than diminish with every unit consumed as is the case for standard goods (rival), then the markets for digital goods will only efficiently clear when we augment the markets with appropriate next-generation governance and reward structures. Our analysis of the properties of anti-rival resources, and the dilemmas they pose, leads us to propose design parameters for these new governance and compensation structures.

ATARCA strives for an evidence-based foundation for anti-rival compensation and governance solutions. We utilize participatory design, prototyping, intervention-based action research, and qualitative and quantitative data analysis. We use these methods to design and implement new anti-rival systems, and to analyze their impacts.

We are putting this theoretical analysis into practice through three pilot use cases. The cases are designed with the aim to provide a quantified verification of allocative efficiency of anti-rival resources circulating in the system.

Read more about our use cases here: 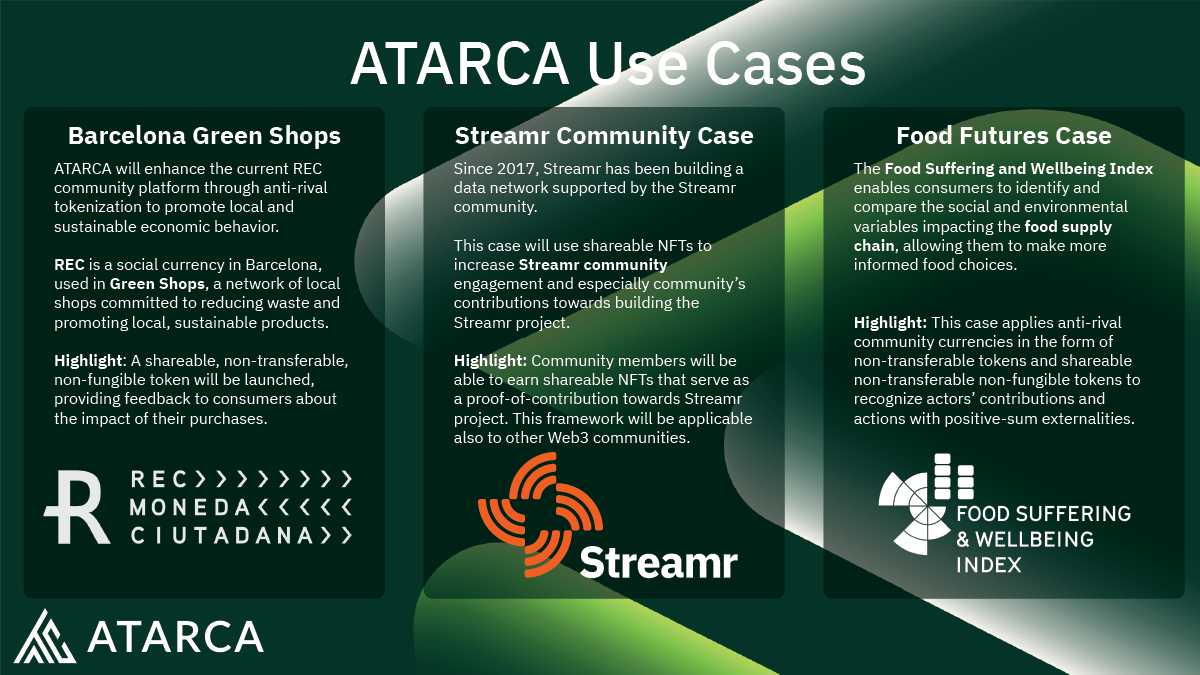 Digital goods are characterized by negative subtractability. This means that the more such goods are consumed or delivered, the more benefit accrues to all actors in the economic system. This characteristic contrasts with traditional goods, which are usually scarce: possessed by specific actors and depreciated with use. The best example of an anti-rival good is information, which is well known to exhibit non-rival attributes as extra copies of information provide value to new users but do not subtract utility from the original users.

Anti-rival goods are not allocated effectively in traditional markets in which supply and demand depend on inherent scarcity. In classical markets, one additional unit purchased leaves less for other buyers and hence contributes to rising prices. By contrast, consider a digital good, such as music or art subject to digital distribution: if popular, increasing numbers of users will consume the artifact which is costless to share, but its digital proliferation and sharing does not diminish the value of anyone’s consumptive gain. On the contrary, with many types of digital goods, increased sharing only adds to the benefit of larger numbers of users. Moreover, increased sharing also indicates a higher value of the original artifact.

The dilemma gets more complex when we expand our focus to currencies. Traditional money is scarce and has the zero-sum property that one person’s monetary account balance increase is offset by the fall of another’s account balance. Anti-rivalry cannot be accommodated in an economic system governed by a scarcity-based and rivalrous currency. Therefore, ATARCA develops anti-rivalrous token systems (new currencies) to measure and augment the value contributed by sharing digital goods, and by other actions which have the side effect of affording positive sum value to the entire community of users. 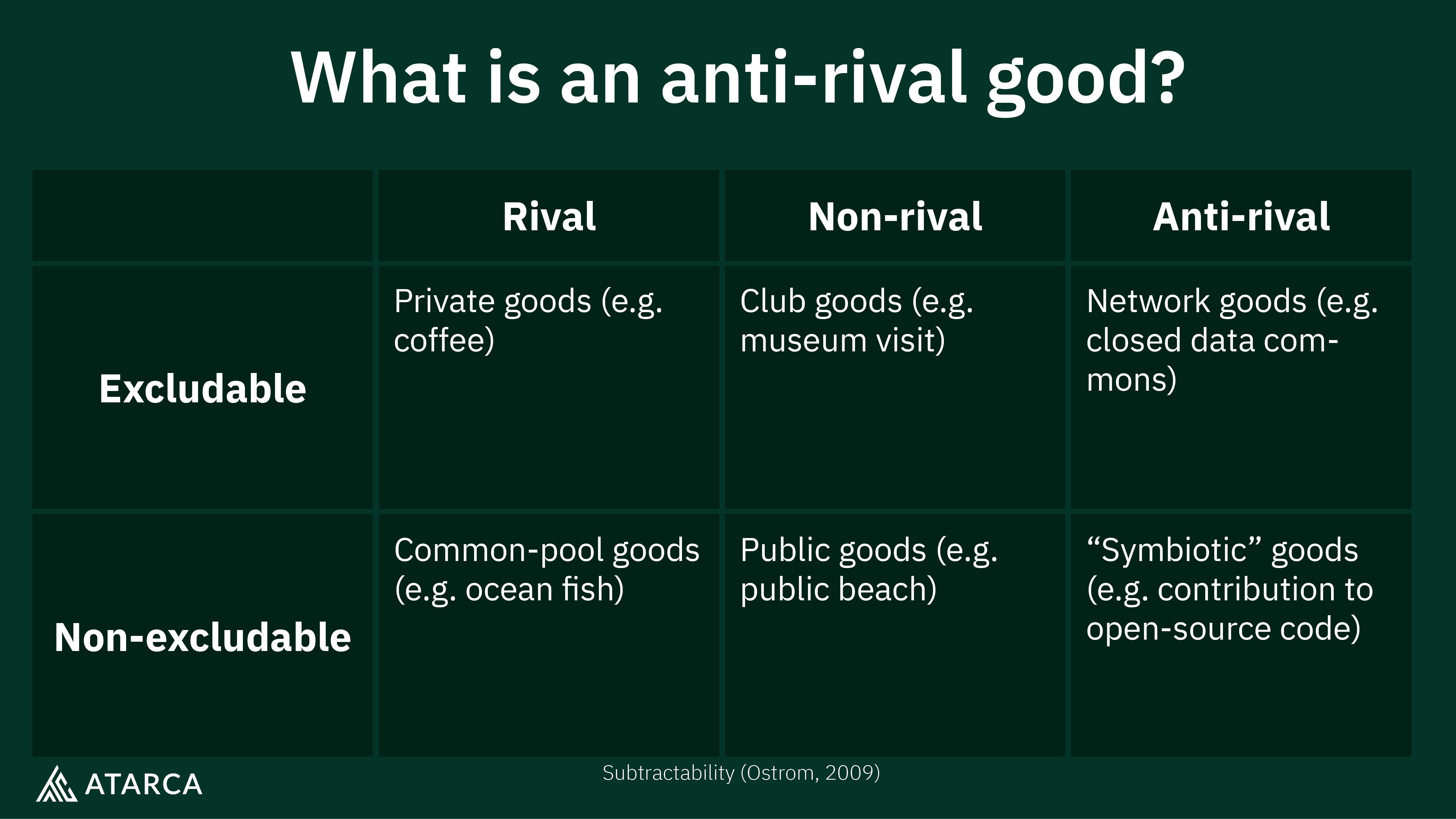