In particular, NOVACT centers its strategy on two axes: economic democracy and political democracy. Economic democracy tasks deal with identifying Economic Justice as one of the fundamental pillars of Global Justice. The economy is a central aspect that determines the set of social relationships and conflicts: it is impossible to deepen democracy without advancing toward equity among peoples and persons. In this sense, it becomes necessary to change economic relationships and its final objective, in such a way the economy focuses on the common good and places persons in the center. We should encourage procedures through which society is the actor that controls the economy by means of participation, constructing economic sovereignty. On the other hand, it becomes necessary for the governments to adopt democratic standards progressively, constructing the institutions necessary to ensure citizen participation and to enact more laws and public policies directed at the common good.

Along this line of economical democracy, Novact works with complementary monetary systems with the objective to favour a cooperative economy based on the social and solidarity principles and an economy for the common good. Novact has experience on channeling social public expenses in complementary currency to have an impact on the local economy and on analysing its impact. These monetary systems can have multiple applications to foster productive model change in cities and in relationships between persons. Transcending dynamics based on scarcity or resource centralisation, towards a socially inclusive and environmentally sustainable system, orientated to the common good and a transparent dynamic for the management of socio-economic public policies.

Novact has been participating in the European project: “Combining guaranteed minimum income and active social policies in deprived urban areas of Barcelona (B-MINCOME)”, where Novact created a monetary system named REC (Real Economy Currency). It is a complementary currency created to channel public expenditure towards the local economy: 533 families that live in the Besòs area of Barcelona spend 25% of the MIS (Municipal Inclusion Support – a basic income) payment using RECs in local, independently managed businesses. As a result, the local multiplier effect of the public spending has increased by 54% within the first year, coproducing an additional public policy in supporting the local economy.

The REC is an exclusively digital currency and can be used with a mobile app (IOS and Android), so payments are contactless and through a QR code. The technological system of the REC can be replicated and integrated to other platforms to create new functionalities, always having the objective to promote local and cooperative economy.

In this sense, Novact has experience in the design and implementation of monetary systems and social economies in different fields and areas, and therefore ATARCA is an opportunity to advance in the experimentation of new models and systems based on cooperation and collaboration. 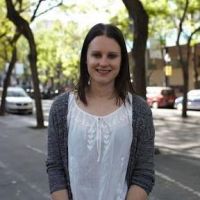 Sofía González Fernández is a project manager. She is currently working in REC, the citizen’s currency of Barcelona: coordination with different actors (shop owners, entities, REC users…), following the implementation of the project, carrying out trainings for users, and giving technical support.

She worked one year in the NOVACT office in Tunisia, in a project related to the prevention of all forms of violent extremism in the MENA region. She coordinated the project within a consortium formed by NOVACT and 5 Tunisian civil society organizations.

Moreover, she worked on other projects:

Sofía will work as the project coordinator of ATARCA in NOVACT.

Sofía González Fernández is a first-time participant to FET under H2020. 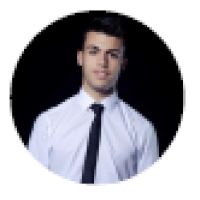 Diego Martínez Nebot is the responsible for the REC currency technology: ensuring the proper performance of the entire technology ecosystem. Strategic definition for new developments. Implementation of developments: elaborate functional design, coordinate the development team, follow up the process (App, B2B module, control panel, POS…) and perform quality tests in each development phases. Connection between the development team and the professional staff of REC.

Diego Martínez has a lot of experience as a project manager and Android developer:

Diego will coordinate the technology system.

Diego Martínez is a first-time participant to FET under H2020. 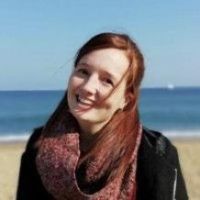 Julia Ponti Estrems  is a communication officer. She is currently working in REC, the citizen’s currency of Barcelona: planning, development and coordination of communication campaigns, creation of promotional materials, community manager and relationship with other actors involved such as entities and REC’s users.

She worked one year in Pollinate Energy in India, an organisation that fights against extreme poverty through a sustainable development and promoting the gender equity. She designed campaigns for volunteer and fundraising promotion and coordinated volunteer teams: organisation and management of 4 volunteering programs.

Moreover, she worked on other projects:

Julia will coordinate the communication and dissemination project.

Julia Ponti is a first-time participant to FET under H2020. 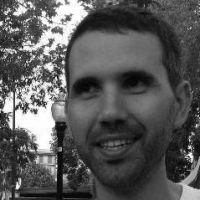 Dani Duocastella Muntada is a sociologist specialised in participation and social transformation projects and active citizenship for the last 10 years. He has developed participation projects in all phases: design, management and dynamization of processes such as City Educational Projects, Plans Sustainability, Urban Mobility Plans, zoning plans, etc. It has also promoted active citizenship projects as Actívate, Barcelona Consensus to promote the creation of public circles of social transformation. He has contributed to the design and implementation of a citizen’s currency (REC) in Barcelona as part of the B-MINCOME project.

He has an extensive experience in coordinating projects, programs and teams. He has a good communication and advocacy skills gained through his job as raising awareness lead in NGOs and in participatory process. He has a good managerial skill.

Dani Duocastella is a first-time participant to FET under H2020. 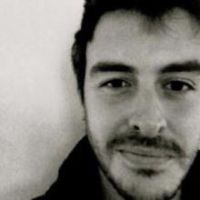 Luca Gervasoni Vila is the founding director of NOVACT – International Institute for Nonviolent Action. For the last decade, his work has focused on how grassroots nonviolent movements can successfully fight for rights, freedom and justice. He lives in Barcelona and has worked with activists from around the world waging social change. He has contributed to the book Economic Democracy: an alternative to capitalism.

Luca will participate in designing an economic model and the dissemination-communication project.

Luca Gervasoni is a first-time participant to FET under H2020. 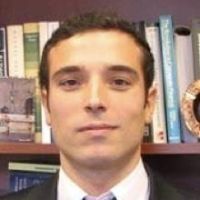 Sergi Cutillas Márquez is a MSc in Specialised Economic Analysis: Competition Policy and Market Regulation. Barcelona Graduate School of Economics. He is currently part of Ekona’s team, a cooperative enterprise specialised in economics that promote innovation in the public and community spheres to adapt to the various transitions that are taking place.

He has worked in different consulting projects in Ekona:

He has different publications in books:

And some sample of research:

Sergi will participate in defining the experiment model design (legal, technical, economic) and the monitoring and evaluation.

Sergi Cutillas is a first-time participant to FET under H2020.