Streamr Network AG is a limited company registered and operating in Zug, Switzerland. It was founded in 2017 and crowdfunded with the equivalent of 30MM CHF. Linked third parties are listed in Section 4.2.

Streamr is a distributed open-source software project with contributors from a number of countries globally. Stream vision is to replace centralised messaging infrastructure with a global, decentralised peer-to-peer (P2P) network for transmission of real-time data. It is aiming to provide a solution to well-known problems associated with centralised collection and distribution of real-world data: Domination by large corporations and platforms, isolated data silos, the lack of robustness, vulnerability to cyber attacks and the stifling of innovation due to lack of sharing.

To solve such problems, Streamr is developing a decentralised data backbone in the form of a global peer-to-peer (P2P) network for transporting real-time data from the industry, IoT, smart cities and communities. The network provides low-latency, robust and secure data delivery and persistency. The throughput capacity scales linearly with the number of nodes. The architecture helps the network to resolve scalability issues resulting from the exponential growth of the amount of data. And by relying on cryptography instead of trust, the Streamr protocol enables data sharing, data monetisation and crowdselling through data unions.

The Streamr project consists of several layered technologies. There is a public roadmap on how to implement the full technology stack. The first version of the P2P network with distributed message brokering functionality is live and already transports around ten billion data points monthly. The transaction layer is implemented in Ethereum smart contracts which handle data permissioning. The data propagation in the network happens without centralised intervention or control. Because the data packets are routed from the contributors to recipients by several different pathways, the network is fault tolerant and resilient to attacks. 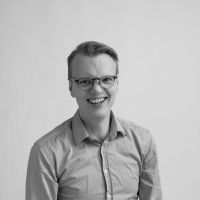 Jarno Marttila is Head of Technology at TX with 10 years of experience in designing, developing and delivering software projects. Before joining TX, he has worked as a researcher, a data journalist and as a consultant for Finnish IT companies delivering solutions for customers needs. His background includes both business and engineering studies and he holds an MSc in computer science and soon a MSc in business and economics. He is a first-time participant to FET under Horizon 2020. 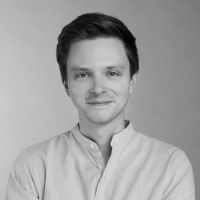 Martin Moravek is a software engineer and architect with nearly 10 years of experience in various areas. Besides others he has worked for the Streamr P2P project implementing several industrial pilots and was developing several blockchain related projects at Tomorrow Explored. His background also includes mobile app development and automotive software engineering. 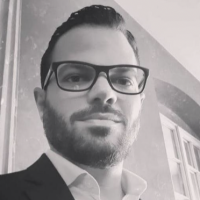 Carlos Pancrazi is a senior Project and Key Account Manager with over 13 years of experience in effectively managing and coordinating the actions and resources to support global technological partners. Before joining TX, he was responsible for people management in large organisations, business strategy, service quality certifications and deployment of sales with multiple partners.
Since 2008, he has been based in Barcelona, Spain where he finished a Master Degree in International Business and Commerce at the University of Barcelona, and completed the recognition of his Electronic Engineer title in the EU.
In this work programme, Carlos will contribute with the communication with partners, coordinate actions to support the project implementation, resources, documentation and monitoring the milestones and deliverables in collaboration with the Consortium. He is a first-time participant to FET under Horizon 2020. 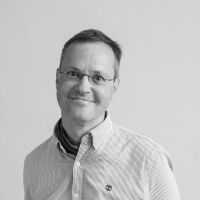 Risto Karjalainen is a co-founder and COO of Streamr Network AG. He’s got extensive international experience in quantitative finance, asset management, data science, and blockchain technology. He holds a Ph.D. from the Wharton School of the University of Pennsylvania in machine learning and finance. Before helping set up the Streamr project, Risto has worked as a quantitative analyst, a portfolio manager, and team leader in boutique investment firms as well as multinational asset management organisations, including JP Morgan Asset Management and Merrill Lynch Investment Managers. Apart from real-time data and decentralised computing, his interests include behavioural finance, game theory, experimental economics, and evolutionary computation. In this work programme, Risto will contribute to the design of the anti-rival token mechanism and ensure that appropriate resources by Streamr, TX P2P and TEX are deployed into the project. He is a first-time participant to FET under Horizon 2020. 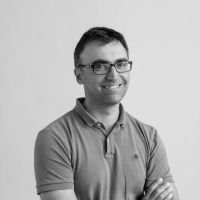 Michael Malka is Chief Technical Officer (CTO) at TEX. He is a serial entrepreneur with over 18 years professional experience. He has recently been working on ways to use Streamr technology in the health and pharmaceutical sector in the Horizon 2020 KRAKEN project, and has been developing use cases for decentralised data sharing models across a wider range of industries. Michael has previously co-founded other technology companies and has held a number of CTO and CEO roles as well as a number of board positions. With computer science studies at Helsinki University, he is experienced in designing, planning and successfully executing software projects in finance, telecommunications, manufacturing, construction and health and pharmaceuticals industries throughout Europe. He is a first-time participant to FET under Horizon 2020. 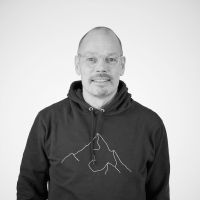 Markku Nousiainen is a Senior Service and UX designer currently focused on decentralised (blockchain based) services, data economies, and MyData. Markku is an advocate of design thinking and participatory design methods and aims at creating disruptive digital service concepts that empower users by giving them control of their own data. Before joining TEX, he has worked in different digital design agencies, software companies, universities, and TV and radio companies such as YLE in Finland. While currently based in Finland and Sweden, Markku has several years of experience working in international settings in the Mexican and Latin American markets, as a designer and business developer, and as a lecturer at Tecnológico de Monterrey, a university in Mexico City. Markku holds an MSc in industrial management from Helsinki University of Technology (2000), and an MA in New media from the Media Lab of University of Art and Design Helsinki (2006). He is a first-time participant to FET under Horizon 2020.