The EU must develop new policies for the data economy 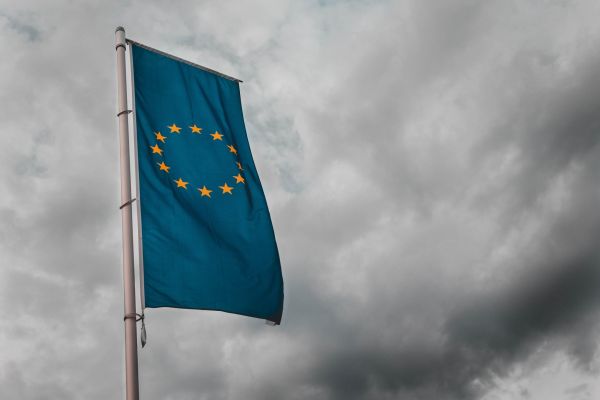 The European Union’s focus on digitalisation

Digitalisation, continuously in progress, transforms the very fundamental structures of our economies and societies. On September 15, 2021, the European Commission published its State of the Union and, along with it, a Path to the Digital Decade. The EU wants “to be digitally sovereign in an open and interconnected world, and to pursue digital policies that empower people and businesses to seize a human centred, sustainable and more prosperous digital future”. This positioning is yet another opening for the Commission, and the EU as a whole, to link digitalisation with the sustainable green transition.

As a Europe fit for the digital age is underway, the intersections between digitalisation and other policy sectors are becoming more explicit. For example, the Commission follows a conventional stance, treating the economy and digitalisation as separate priorities. However, as digital markets are becoming increasingly important for economic activity and strategy, drawing a separation between the two is ineffective.

Digitalisation VS. the economy?

One of the most interesting examples of the economy-digitalisation coupling is the case of Distributed Ledger Technology (DLT). The EU is taking steps towards recognising this merge.  For example, the EU’s Blockchain Strategy not only encourages the development of DLT but also includes plans for regulating digital markets. Moreover, the development of a Digital Euro potentially based on DLT is in motion. Finally, the Markets in Crypto-Assets Regulation (MiCA)—at the time of writing still at a proposal stage— demonstrates the impact of DLTs as a viable component of the European digital economy.

To date, much of the EU’s focus on blockchain has been on establishing funding, innovation capacities, and community initiatives such as European Blockchain Services Infrastructure and EU Blockchain Observatory & Forum. On the legislative front, the emphasis has been on the financial implications of crypto-assets such as in the Digital Finance Strategy. The Commission also aims to improve traceability of crypto-assets transfers as part of its Anti-money laundering and countering the financing of terrorism (AML/CFT) legislative package. The perspective of crypto-assets and currencies is also important as The Second Payment Services Directive (PSD2) and Markets In Financial Instruments Directive (MiFID II/R) is being reviewed.

These policies and regulations are all based on the traditional notions of scarcity and currency as a medium of exchange.  However, data and digital goods are not scarce and are by their nature anti-rival. This means that the goods don’t lose value or become exclusive — even when they are being increasingly used. In fact, anti-rival goods like data actually gain value the more they are shared.

To enable the idea of anti-rivalry into our economic ecosystems means that we need to re-shape the way we perceive basic economic institutions. This exercise is far from “merely” a cognitive one — or a question of attitudes. Even the way the EU financial and monetary union is built, through treaties and regulation, is based on traditional institutions and mechanisms. While technology is opening up opportunities for new economic thinking, traditional institutions are slow at responding. To truly be innovative, the EU must revisit its fundamental building blocks — such as currency, digital infrastructure, or even mobility in the labor market.

For these reasons, the Commission-funded research project ATARCA aims to support the EU’s vision for the digital economy. In the collaborative project, Demos Helsinki together with Aalto University, Novaqt, Streamr Network, and QBit Artifacts explore the potential of, and the conditions for, distributed ledger technology and anti-rival economy. As such, the consortium will develop policy recommendations and roadmaps for fair and sustainable digital markets. We will closely follow and interact with the multi-stakeholder EU community and reflect on the policy momentums as the exploratory research is ongoing. Welcome on board.

***
Accounting Technologies for Anti-Rival Coordination and Allocation (ATARCA) focuses on technological development and use cases for anti-rival tokenism. Its aim is to discover new ways to organise the digital markets, which have been failing because we have been busy organising them around the established categories of economic thinking. This is however an insufficient approach to understanding and realising the potential of digital markets since they in fact open up new horizons and logic for human economic interaction and behaviour.

Photo by Sara Kurfeß on Unsplash